Member Sign-In or Register for a Class
Membership Information
Donate 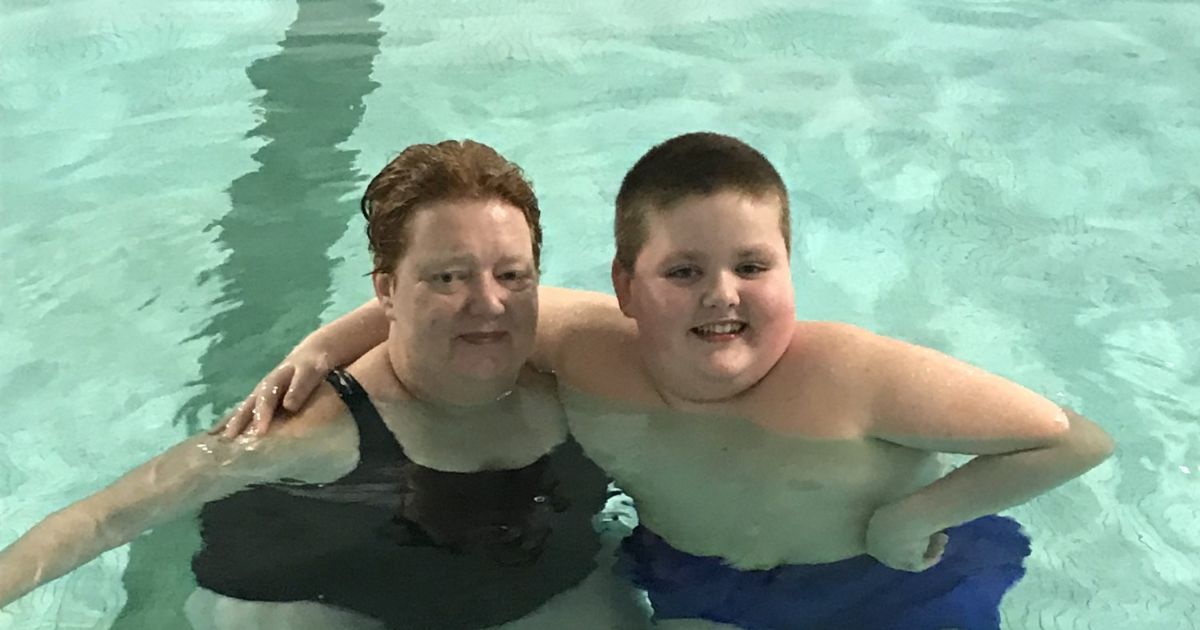 Upon moving to Ashland in July of 2017, Paul, Heidi, and Sean Masse needed a place to call home. Ashland serves as a safe and affordable place to live and has provided a great school system for Sean. Interested in The Y, the Masse Family received a family membership through the scholarship campaign that the YMCA offers. The family quickly became involved, as Paul and Sean actively participated in open swim and swim lessons. Unexpectedly, Paul passed away in April of 2018. Since losing Paul, the YMCA has become a second family to Heidi and Sean. "If I didn’t have this place, I would be lost," Heidi stated. Heidi has found "US" here at the Ashland Family YMCA as a place of comfort from their loss. Heidi swims to relieve stress and to keep up on her physical activity. Sean, one with a great amount of energy and excitement, also has found the pool to be a place to unwind and escape commitments to the Boy Scouts. If Sean could be at the Y every day, he would. He is always looking forward to the next event that is offered at the YMCA. Staff and members have been a huge piece to the puzzle as well. The Y is more than a place to work out and become healthier physically; it is also a place where one can build relationships and become healthier socially and mentally. Even though the Masse’s have only been members at the Ashland Family YMCA for less than a year, they feel like they are at home when they come through the front doors. Heidi and Sean are so thankful for the Y and the scholarship opportunity because without it, the Masse Family wouldn’t have a place to go.

Copyright © 2021 The Ashland YMCA™. All rights reserved.
The Ashland Area YMCA is a 501(c) 3 Nonprofit Organization Looking to Serve Our Community